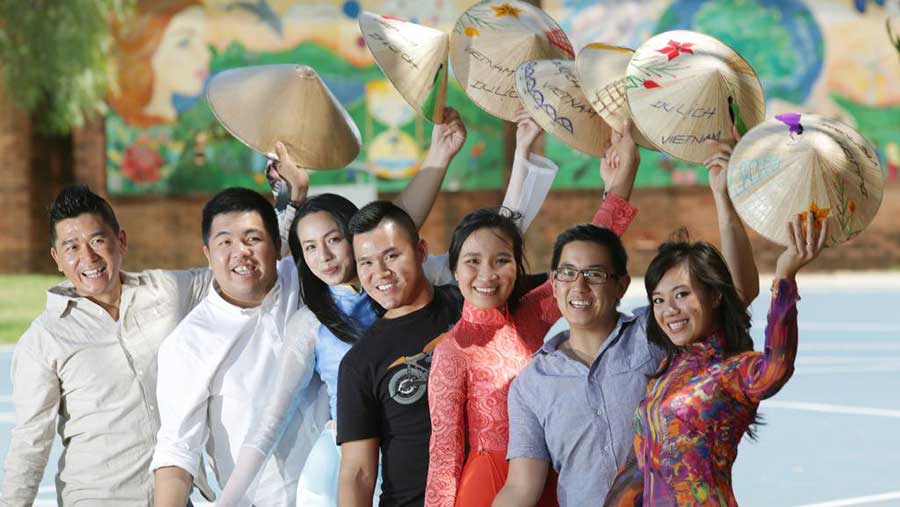 Mekong, a community club within the Mounties Group, was proud to support the Vietnamese Community in Australia (VCA) break the Guinness World Record for the largest gathering of people wearing Vietnamese conical hats (Non La) on 5 February.

A traditional symbol of Vietnam, the vast group of people donning the palm-leaf hats set out to break the record as a community and succeeded with over 1,000 people participating during the annual TET Festival.

With an estimated 20,000 people at Fairfield Showground over Friday, 3 February - Sunday, 5 February, an array of cultural and traditional ceremonies were held to celebrate the start of the Lunar New Year; the Year of the Rooster.

Mounties Group President, Kevin Ingram, said “Mounties Group, and in particular, the Mekong club, holds a special relationship with the Vietnamese community and we take pride in how close knit and supportive we are of each other. We’ve had a fantastic turn out this year with each year being bigger than the last.”

For nearly two decades, Mekong which is the principal partner of the TET Festival, has played an important role in connecting and supporting the Vietnamese community in Australia.

“I would like to thank the Vietnamese Community Management Committee and Vietnamese TET Festival Organising Committee for delivering another successful and prosperous event. We look forward to showing our continuous support and appreciation to our community,” added Ingram.

Mekong’s involvement in the Festival was even more poignant this year. Currently closed due to extending damage caused by a recent fire, repairs are underway to rebuild the club ahead of its relaunch in April.